Pristine mornings in May 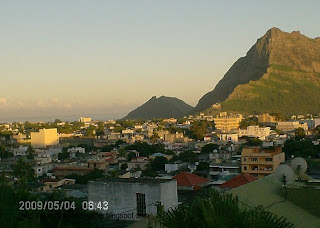 Sunrise at Corps de Garde - 719m (2359 ft) above sea level. It has its name from a French military post that was established there to control the bands of runaway slaves. St. Pierre Mountain and the west coast in the background.

The hot and humid air of summer is gone. For the last couple of weeks the early mornings have been chillier and the air crispier - if I can say it like that - living just north of Tropic of Capricorn. I love this time of the year - it reminds me of Norwegian summers. 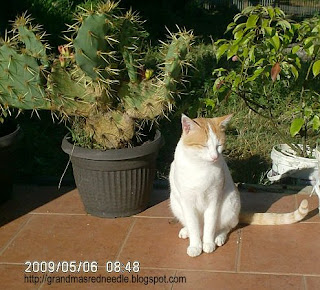 Birre-liten feels the cooler days too and here he is appreciating the morning sun.
Posted by Astrid at 6:23 PM