Over the last couple of years I have participated in the Postage Stamp Quilt Charm Swap hosted by Mary over at The Curious Quilter.
My swap partners are from the US, Canada, Australia, Croatia, Sweden and a couple of private swaps from Germany and Malaysia.
In 2012 & 2013 I didn't have time to start working on these squares. At the end of last year, after the last 2013 swap, I decided I will work on them from the beginning of this year. So far I have kept my promise! :)
Well, it is not fully true that I didn't work on the squares last year; I did sort about 400 squares on colors. It's a tedious job, I got bored and put it all away. Christmas and New Year came and went and  in the beginning of January I pulled out all the packages containing 100 squares of 2.5 inch each. 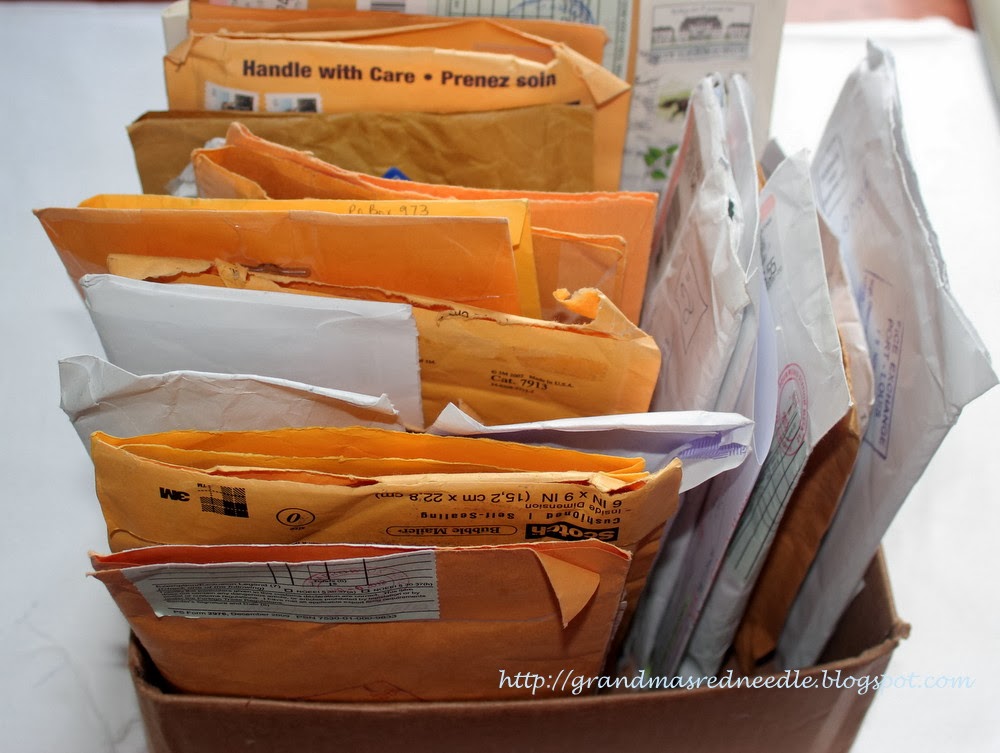 Here are some of them... 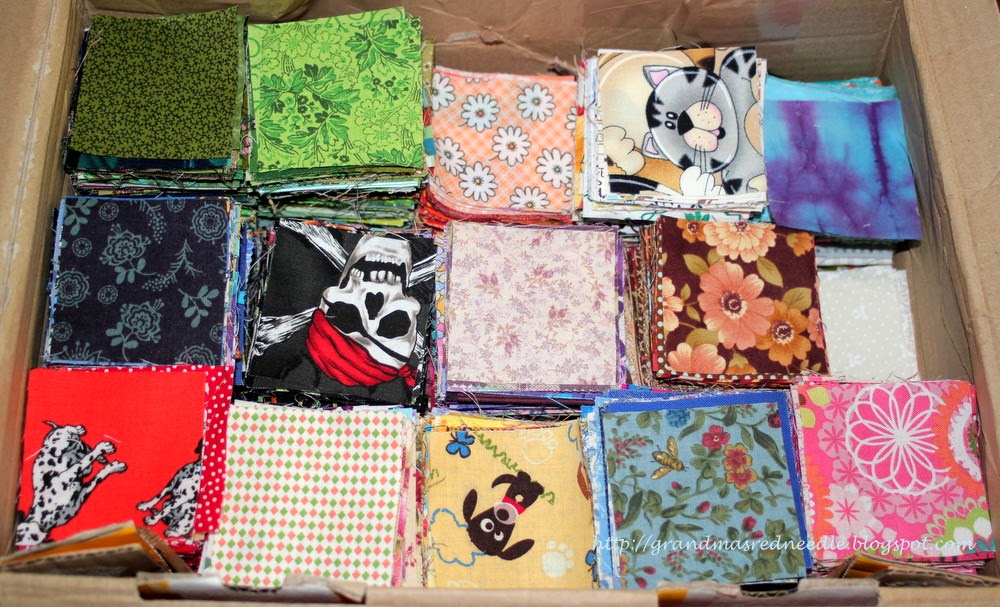 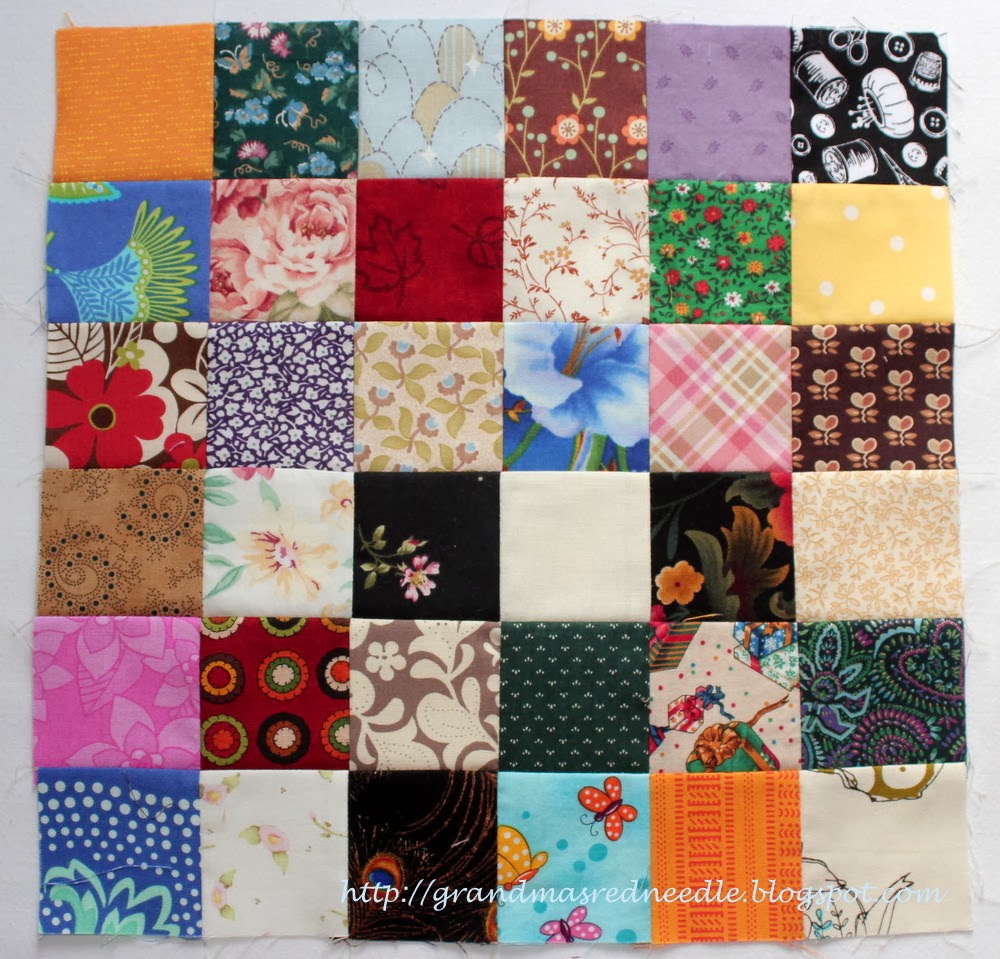 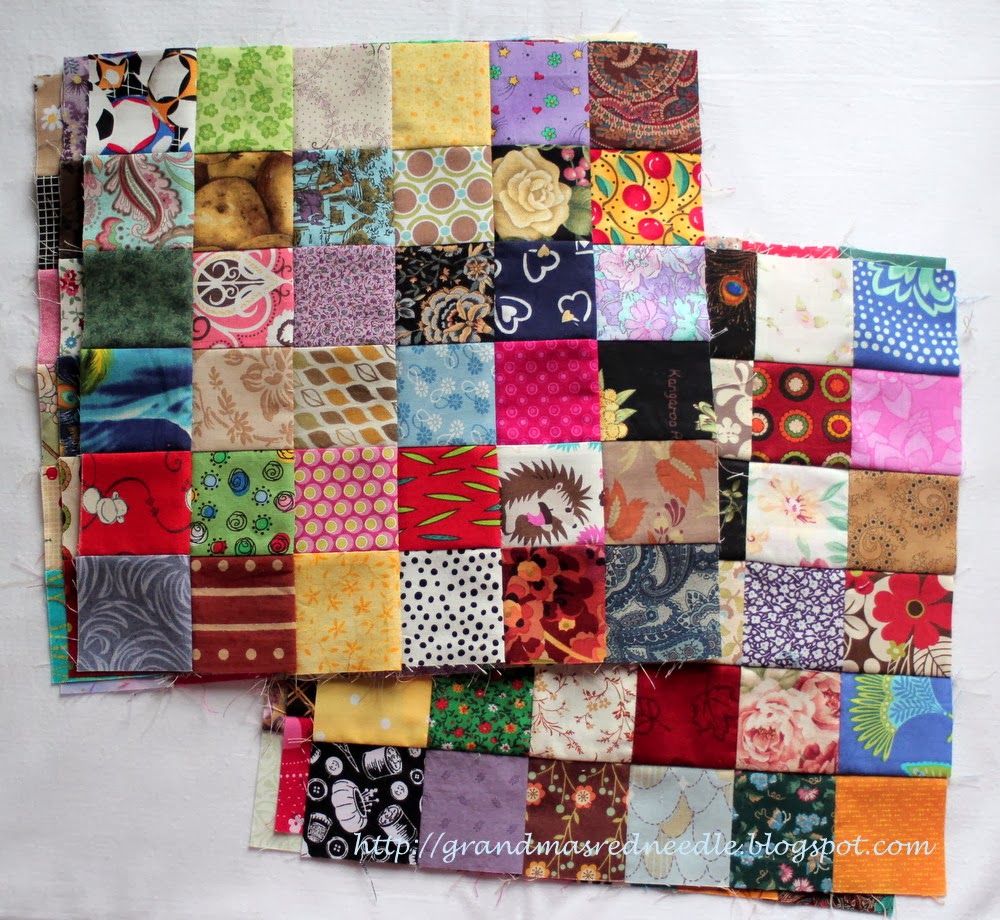 I hate plans (they always fail!), but I hope to do one block per day or 2-3 blocks per week. I still have yet to decide on size and how I want to assemble the blocks

I've had these beautiful layer cakes sitting on the shelf since 2009/2010 (if not mistaken)!!!  The idea was to make Bunny Hill's 'A Tisket, A Tasket', but that never happened! 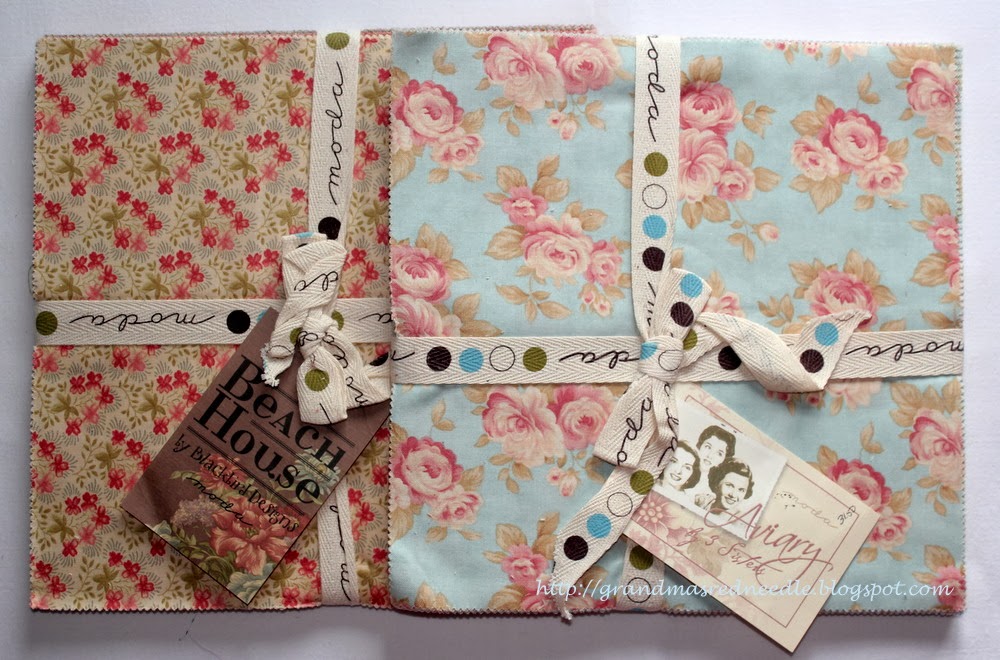 The layer cakes are

I have yet to take photos of several items I've finished this month; hope to do that during the weekend.

I love your postage stamp quilt!

Well, Astrid, I also have lots of those 2.5 inch squares and have begun sewing them together. The ones I've made so far are 8 x 8. Now I have to make a plan. You're moving right along with yours and I'm anxious to see your finished top.

That's a lot of tiny squares. Good luck with your plans.

Oh Astrid, I love your postage stamp quilt blocks. Have you checked out Jenny Doan at the Missouri Star Quilt company. She has a couple of new You Tube videos using layer cakes, making a disappearing pinwheels. Really easy and cute.

Love your charm postage stamp quilt. You've inspired me to start cutting my scraps into 2.5" squares and start collecting them. What a great idea.

Good luck on the SSD. I'm doing the same thing this year Astrid and was proud of myself when I was in the quilt shop yesterday and walked away with nothing.